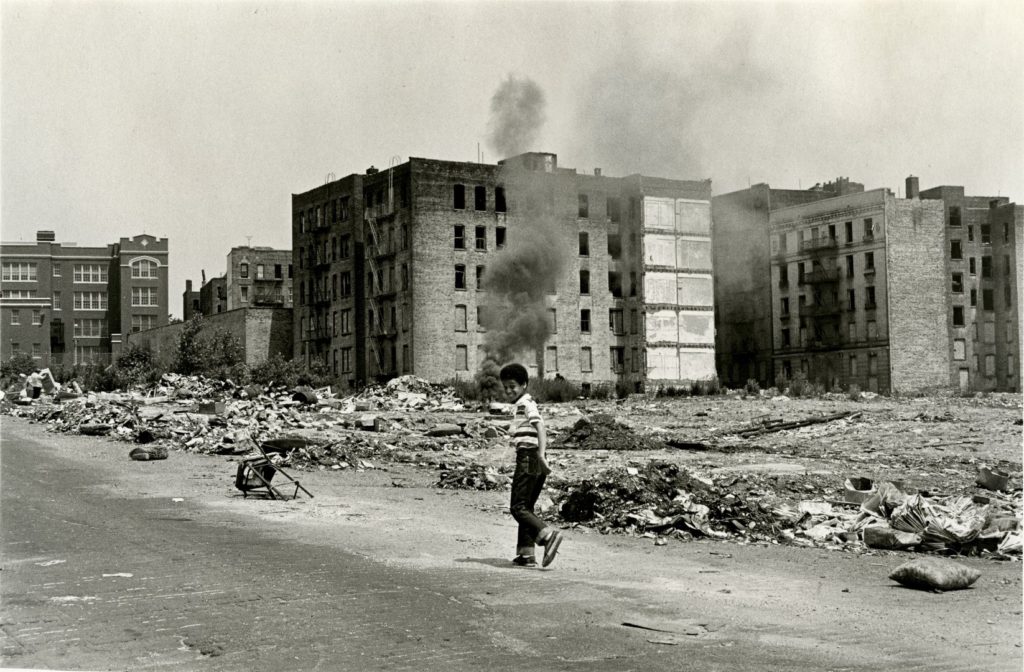 Synopsis: In the 1970s, the Bronx was on fire. Abandoned by city government, nearly a half-million people were displaced as their close-knit, multi-ethnic neighborhood burned, reducing the community to rubble. While insidious government policies caused the devastation, Black and Puerto Rican residents bore the blame. In this story of hope and resistance, Bronx-born Vivian Vazquez exposes the truth about the borough’s untold history and reveals how her embattled and maligned community chose to resist, remain and rebuild.

Decade of Fire tells the story of the South Bronx that you’ve never heard before, and offers us a road-map for building the communities we want and truly deserve. (Gretchen Hildebran &Vivian Vazquez)

Synopsis: The story of two of the sweetest addresses on Harlem’s Sugar Hill, which were home to movers and shakers such as W.E.B. Du Bois, Thurgood Marshall, Paul Robeson, and Elizabeth Catlett. Racing against time and gentrification , the residents celebrate a little-known history. (Directed By: Karen D. Taylor) 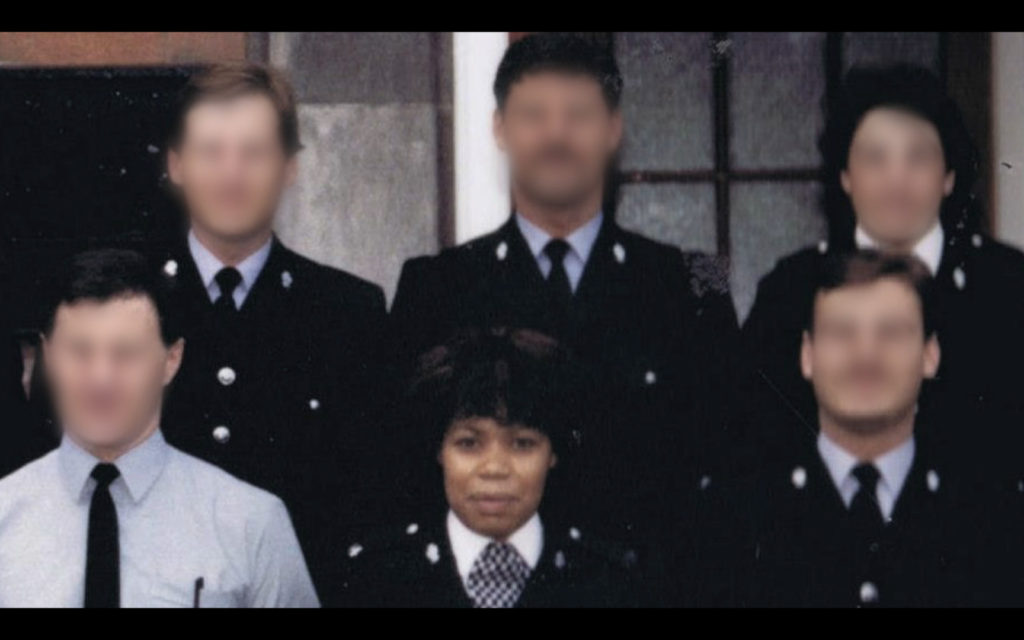 Synopsis: In the late 1970’s and early 1980’s, against a background of social unrest and racial tension in the United Kingdom, four young black women made the decision to join West Midlands Police. Black Female Cops explores the reasons they chose to join the police at such a divisive time. (Directed By: Ibrahim Clayton) 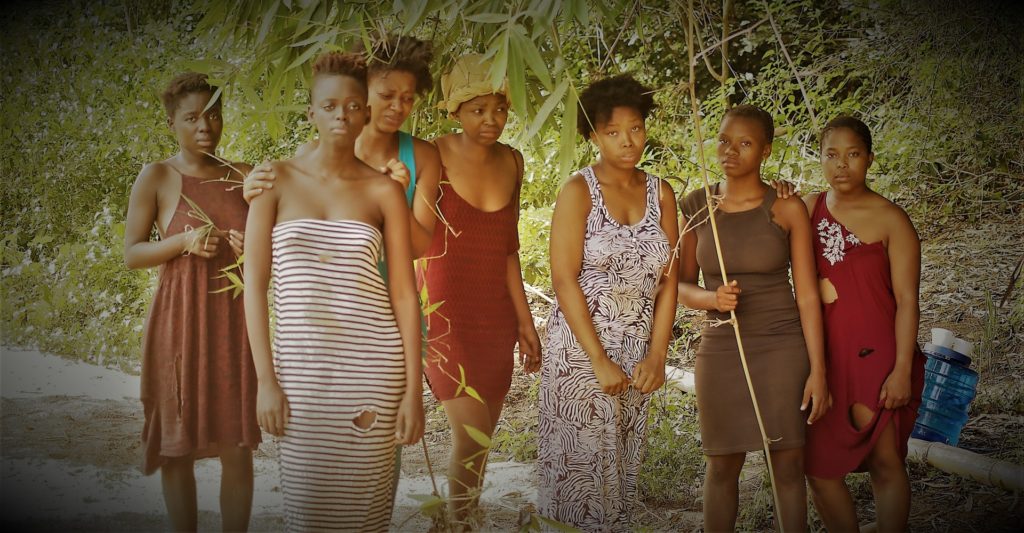 Synopsis: A highly engaging, fast-paced story-line explores the lives of characters who have been trafficked and their families, as well as those involved in fueling the human trafficking industry. Trafficked focuses on social injustice, HIV/AIDS, and prostitution in Africa and the vulnerabilities of women and children.. (Directed By: Jato Ehijator)

Synopsis: “Marching Forward” is the history of two dedicated high school band directors: one black, one white;  inspired by music to cross color lines in the Deep South and work together for the sake of their students. This courageous cooperation resulted in the experience of a lifetime for Orlando’s black and white students at the 1964 New York World’s Fair. (Directed By: Oswmer Louis)

Synopsis: Negro Terror is a cinematic and musical portrait of a punk band’s rise from playing house parties to establishing their influential role within the vibrant and eclectic underground music community of Memphis, TN. Negro Terror as a band champion the history, music, and various politics of their beloved hometown and are far more than just another hardcore punk band with a provocative name. (Directed By: John Rash – 2018)

Synopsis: What does “Está Rico” by Marc Anthony, Will Smith & Bad Bunny have in common with “Made For Now” by Janet Jackson x Daddy Yankee? They both high-jacked AfroBeats and did not give the genre’s origin props. Bakosó is a film that does the opposite, following DJ Jigüe to his hometown of Santiago de Cuba to find inspiration from the new sounds. (Directed By: Eli Jacobs-Fantauzzi – 2019) 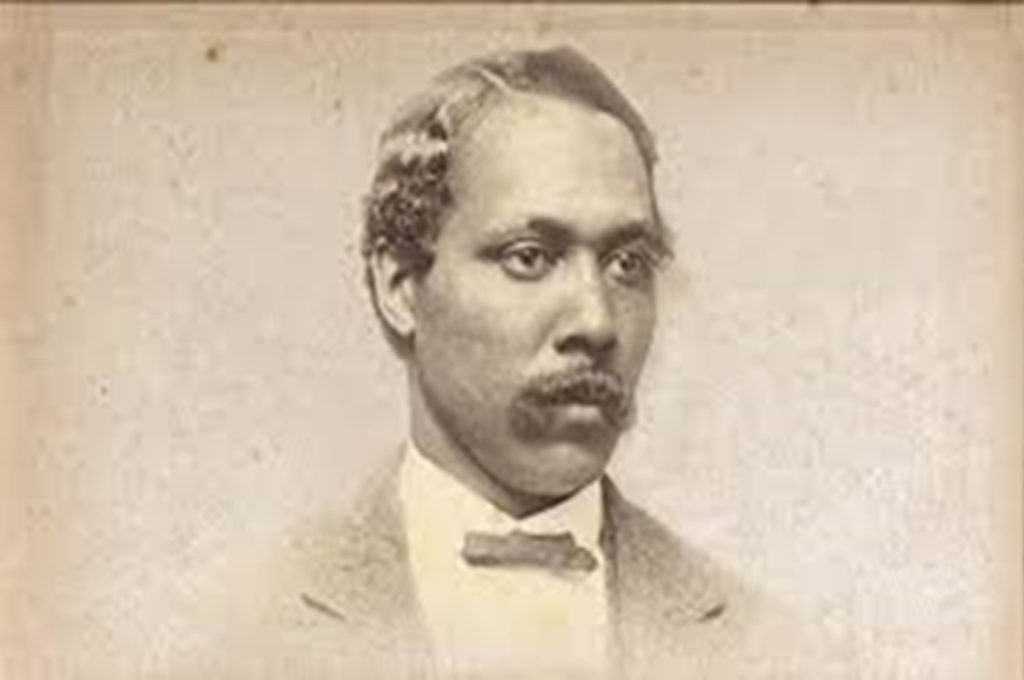 Synopsis:  A Diplomat of Consequence is about the first African American diplomat, Ebenezer D.Bassett. With his appointment in 1869 by President Ulysses Grant to be the U.S. diplomat in Haiti and the Dominican Republic, Bassett was not just a symbolic breaking of color barrier. Bassett’s courage and integrity at one of the most difficult and important foreign assignments of his time paved the way for others after him. (Directed By: Christopher Teal – 2019) 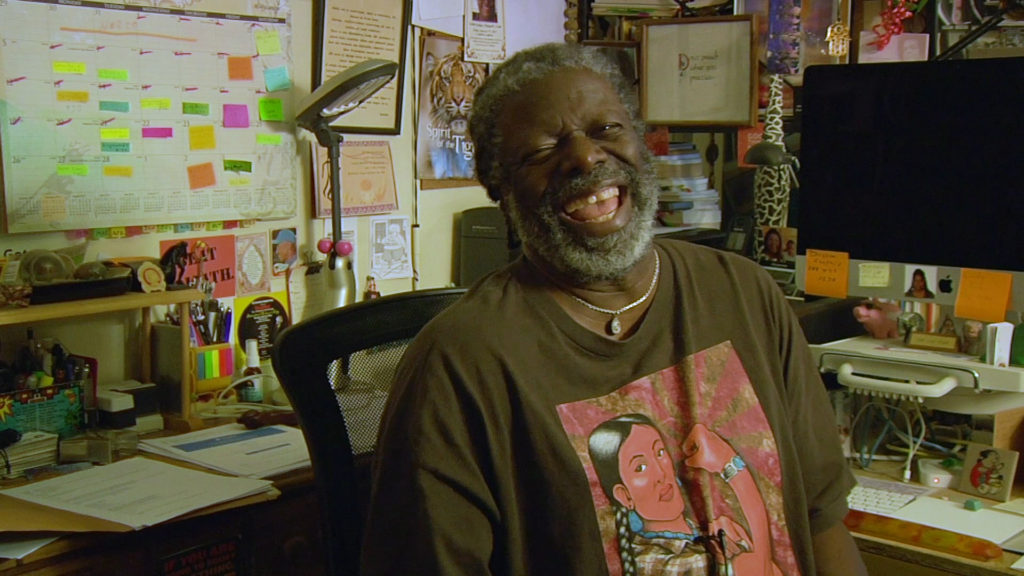 Synopsis: “Belonging in the USA: The Story of Michael D. McCarty” shares the journey of a man who even in the face of great obstacles spreads joy wherever he goes. Follow Michael as he evolves from aspiring scientist to Black Panther Party member, from FBI target to soldier, from drug addict to health nut. (Directed By: Arielle Nobile – 2018) 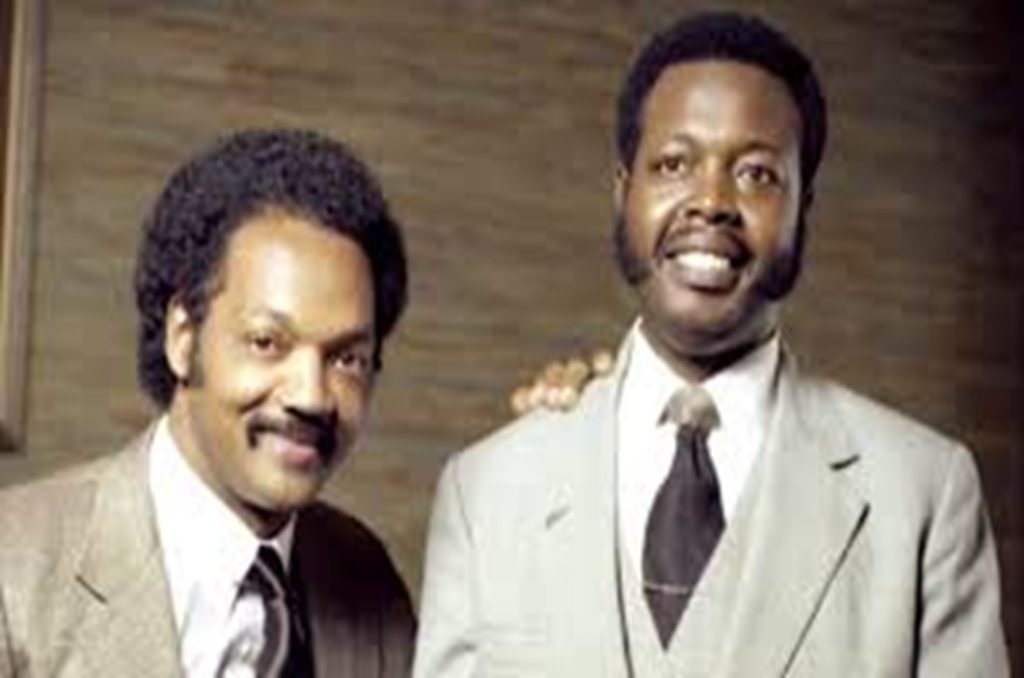 Synopsis: In the words of an old hymn, “May the work I’ve done speak for me.” When you mention Rev. Mitchell his name may not ring a bell, but there is a strong possibility you may be a direct beneficiary of his work. It Is Well is a snapshot of a few Rev. Mitchell’s achievements, his life, and his legacy as a teacher, preacher, & activist in the state of Georgia. ( Directed By: Bennie R. Mitchell, III – 2018) 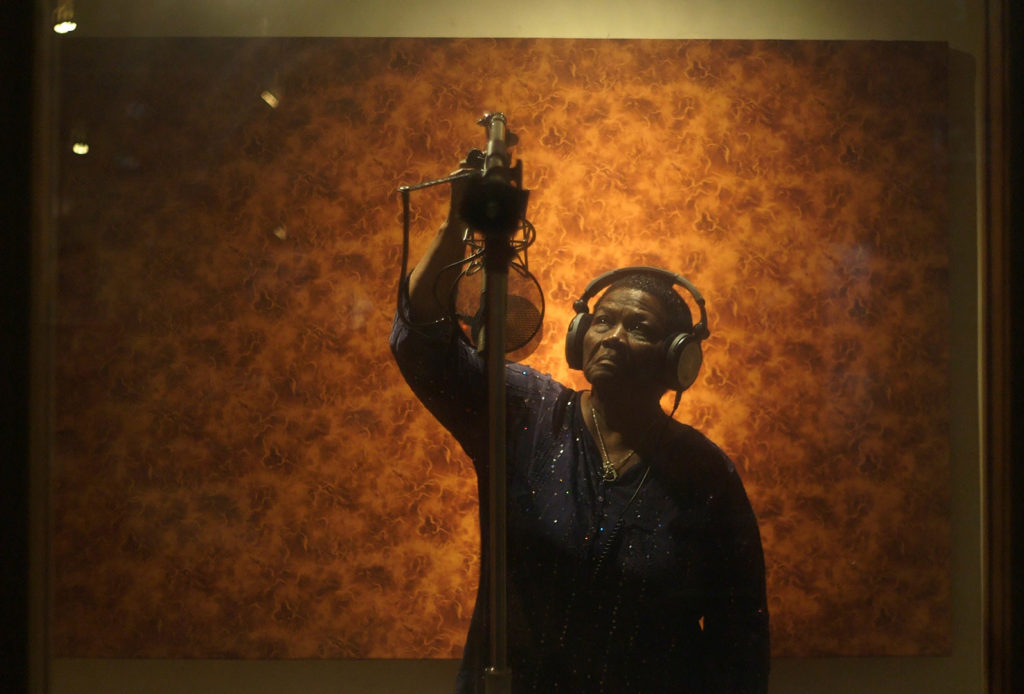 Synopsis: At 82, Mary Lane is one of the last legendary Blues musicians that made the Great Migration from America’s south. Although Mary is widely respected in Chicago, she has never gotten the wider recognition she deserves. Follows as Mary records just her second studio album and first in over 20 years. Her producer thinks it could potentially win her a Grammy, if only they can get it done. (Directed By: Jesseca Ynez Simmons – 2018) 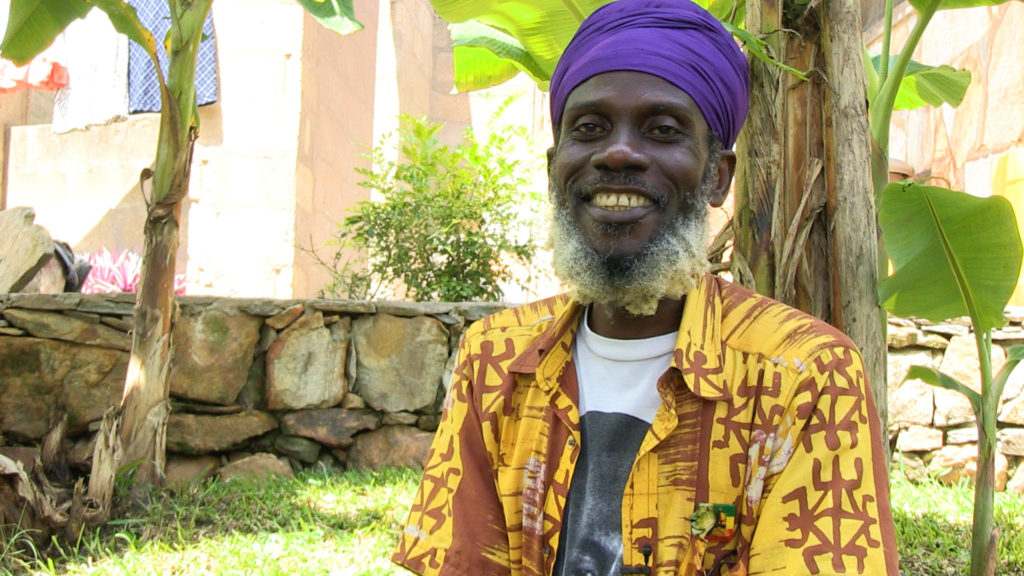 Synopsis: I&I, shot in Ghana, Ethiopia, Jamaica and the Caribbean islands is composed of powerful testimonies of people dedicated to the Rastafari movement, breaking his clichés. No headliners, the characters confide throughout the film about their history, their quest, their oppression, their struggle.(Directed By: Julie Hamiti – 2019) 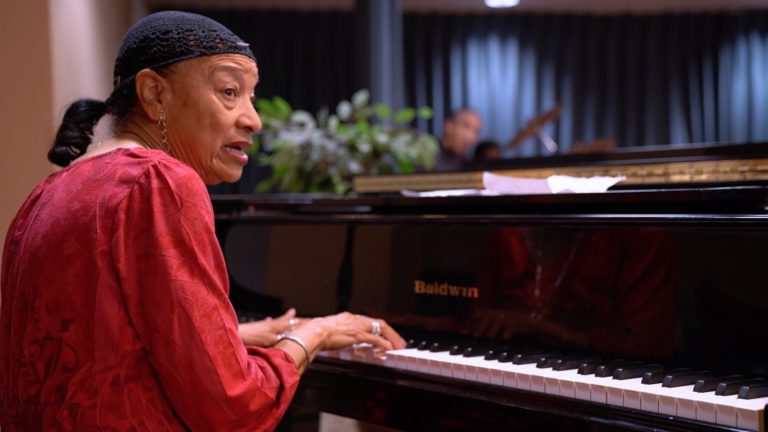 Synopsis: Seattle’s extraordinarily gifted “First Lady of Gospel”, Rev. Patrinell Staten Wright, struggles to maintain the world-famous Total Experience Gospel Choir that she has directed for 45 years despite the exodus of African Americans from the rapidly gentrifying, historically black neighborhood of Seattle’s Central District. Fiercely independent, strong-willed and outspoken, she confronts bigotry, patriarchy, and social injustice along an uphill journey to share faith and build community through music.(Directed By: Tia Young & Andrew Elizaga  – 2019) 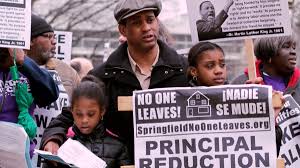 Synopsis: A documentary about the extraordinary difficulty African-Americans have faced in their efforts to establish and maintain a middle class standard of living. Nearly 40 percent of all black children are poor. And the black middle class remains proportionally much smaller and far less healthy than the white middle class. With a compelling narrative, dramatic historical footage and a series of deeply personal interviews, Bob Herbert shows why this is still the case a half century after the heyday of the civil rights movement. (Directed By: Bob Herbert – 2016) 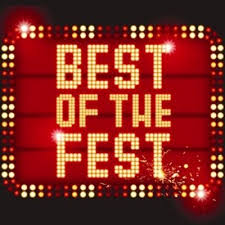 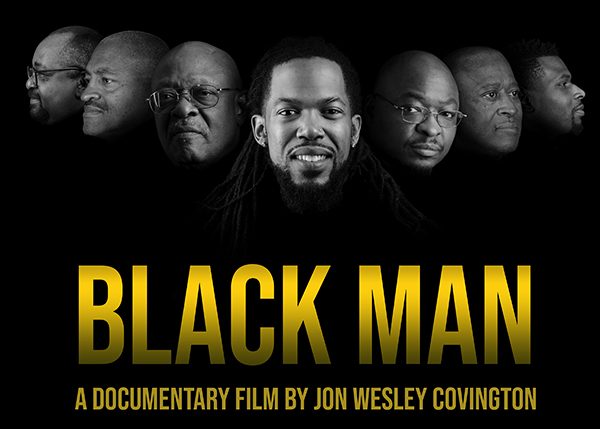 Synopsis: A kaleidoscope of raw, riveting, and candid conversations with black men ages 21 to 91 about their lives, their loves, their losses, their America unlike we’ve seen on screen. A small town in Michigan is the backdrop for Black Man, but the stories are Any Town, USA. ( Directed By: Jon Covington – 2018) 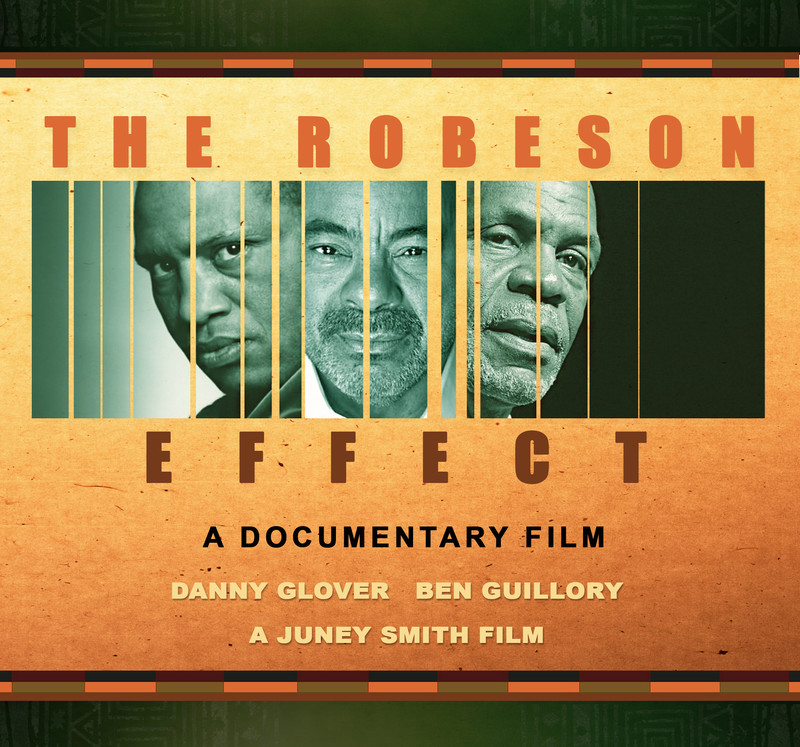 Synopsis: The life and times of Actor Danny Glover, his longtime friendship with fellow Actor Ben Guillory, their shared admiration for Paul Robeson and their creation of the Robey Theatre Company (Directed By: Juey Smith- 2019)

OUR DANCE OF REVOLUTION 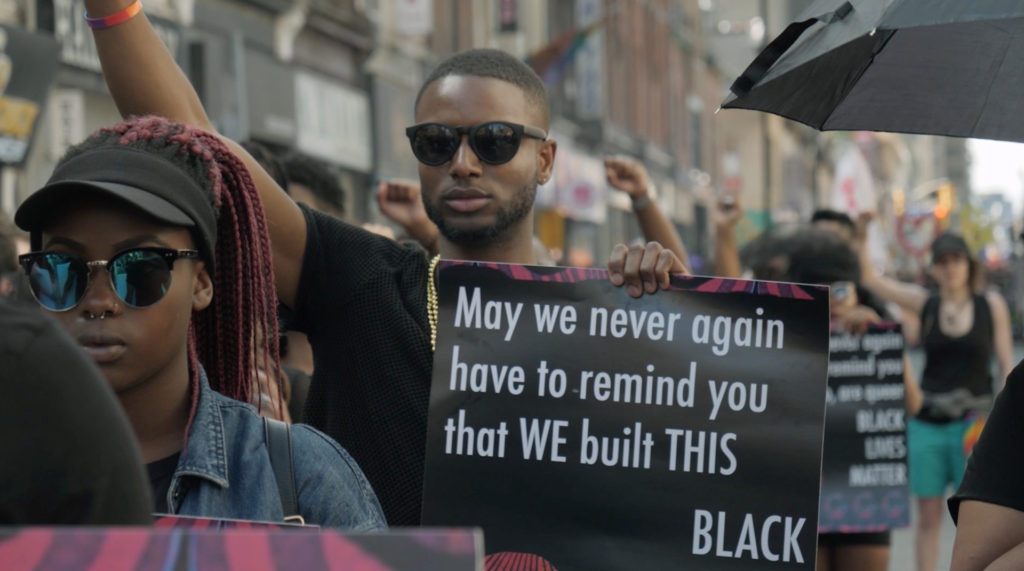 Synopsis: This untold history of Toronto’s Black queer community spans four decades of passionate activist rebellion. Refusing to be silenced and raging with love, the featured trailblazers demanded a city where they could all live their truths free from the threat of violence. In the spaces they found for loud laughter and sweaty block parties, they also found themselves. Each bit of revolutionary ground was gained collaboratively, whether protesting police brutality, forming feminist collectives or making room for grief and healing in the wake of the HIV/AIDS pandemic. Their transformative creativity and visionary organizing made Toronto more livable for generations to follow. (Directed By: Phillip Pike – 2019) 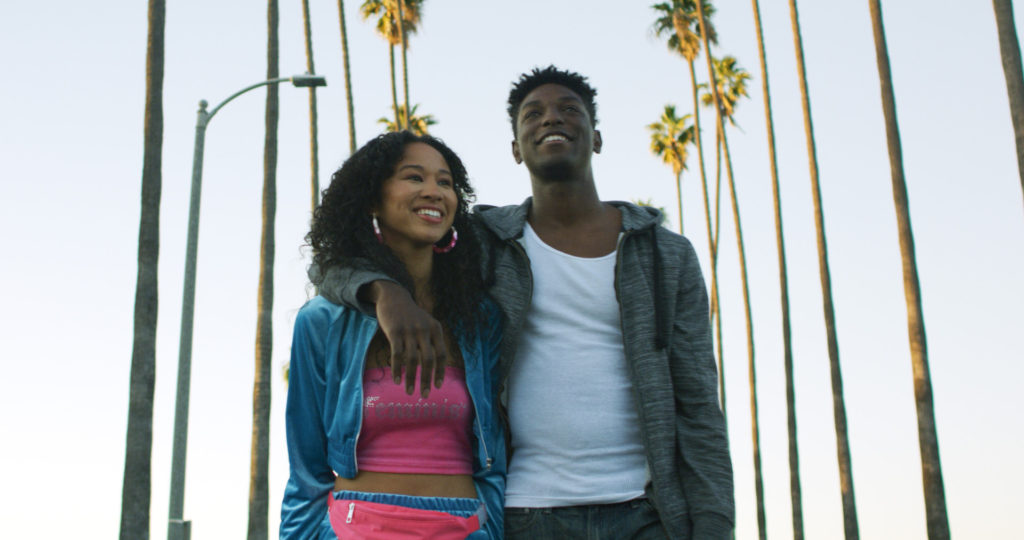 Synopsis: In the unforgiving streets of Los Angeles, the story follows a couple who comes from two different worlds. But through their trials and tribulations, they realize their broken families assist in bringing them closer together. Throughout the movie, characters learn to trust their intuition in their own love and life story, especially Davonte. Many don’t see his strength but he refuses to fall victim to the streets and learns forgiveness can help stop the cycle of gun violence. This film was created to encourage love within our city streets and to put an end to gang and gun violence.(Directed By: Christina Cooper – 2019)

THE  COLOR OF MEDICINE: THE STORY OF  HOMER G. PHILLIPS HOSPITAL  (preceded by: Know Me So Well) 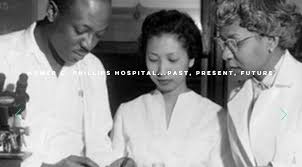 Synopsis: An absorbing and historic recollection of a 2nd generation physician and alumnus of Homer G. Phillips in 1963, Dr. Earle Robinson Jr., whose father was one of the first interns to graduate in 1939, from one of the nation’s preeminent African-American medical training hospitals, Homer G. Phillips, in St. Louis Missouri. (Directed By: Joyce Fitzpatrick & Brian Shackelford – 2018) 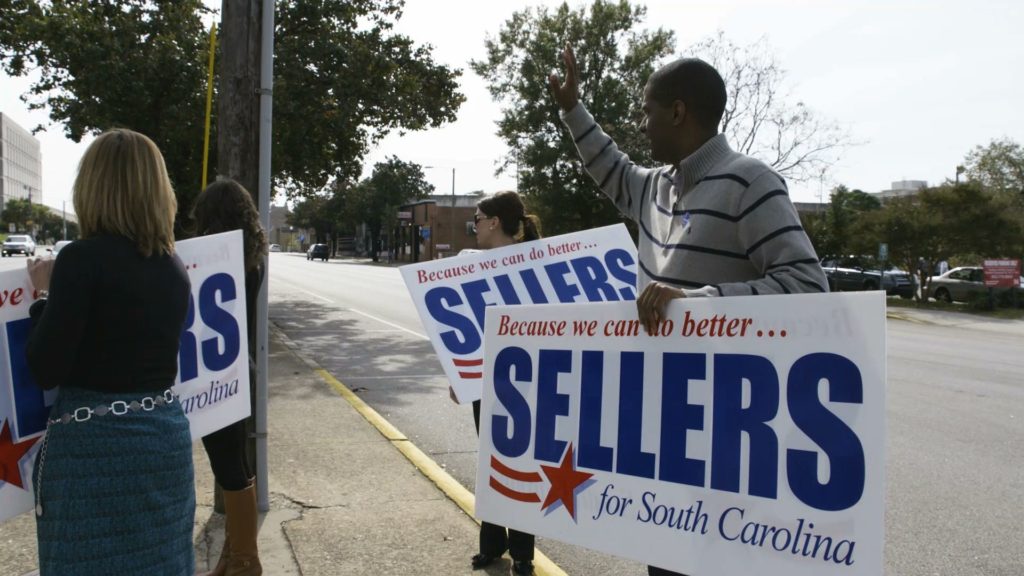 Synopsis: What does it mean to be young, Black, and Democrat in the Southern Republican state of South Carolina? Through experiences of politician Bakari Sellers, WHILE I BREATHE, I HOPE unravels that question. Our film follows Sellers on his 2014 bid for Lieutenant Governor, through the Charleston Shootings, the removal of the Confederate flag in 2015, and to the present as he takes on a national role as a CNN political commentator and considers his future in Trump’s America. (Directed By: Emily Harrold – 2018)